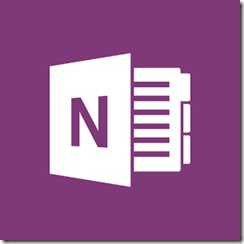 We all know about (and have probably used) Microsoft Word, Microsoft Excel, Microsoft PowerPoint and Microsoft Outlook. What about Microsoft OneNote?

OneNote has been around since about 2003 – and it seems like a good idea; one file (notebook) that has several “tabs” where you can paste pictures, charts, other document, freehand draw (if you have a tablet PC), link to other content and generally just keep track of any bit of information for a specific subject. Especially useful is the ability to move chunks of information around easily and not be locked into the linear format of a word document. It’s definitely easier to use for taking notes among multiple people and the 2010 user interface is easier than ever.

In 2003 and a few years after, I kept trying OneNote, but didn’t like it and didn’t really give it much of a chance. Once in a while I’d see someone using it and LOVING it, but I just couldn’t get past how free-form it was. Only in the past two years have I seen more people using it for simple project management, which is what got me to give it another try… and so far, I’m liking it. However, I have a big concern – will Microsoft OneNote stick around, or will it go the way of FrontPage and Thumbtacks and Microsoft Money?

Microsoft has a terrible habit of releasing software (and hardware… ahem-Zune-ahem), getting people to adopt it, use it and evangelize it – then killing it (or trying to pretend that they never released it.) I don’t want to become a ‘late’ adopter and move my project management to OneNote, just to find out that the next release of Microsoft Office doesn’t include it. Or worse still, finding out that you can’t easily convert it to another format. So, what to do?

For now, I’ll cautiously use it, but not so much that I’m dependent on it. If the next version of Microsoft Office still includes OneNote, I’ll think about committing to it more.