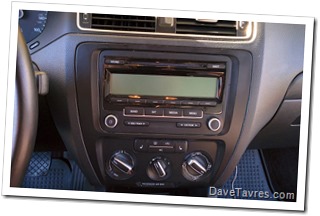 I bought a used car and didn’t like the stereo. I started looking for replacement head units, but wasn’t finding what I wanted for the price I wanted to pay.

What I wanted was an aftermarket stereo like the Sony deck I had in my old car. That deck would allow me to control my phone from the buttons on the faceplate. That is that the pause, play, fast forward, rewind, next and previous track buttons all controlled the phone. This was a fantastic feature that made me love that five year old Sony stereo. But, I wanted that same functionality with the added functionality of the steering wheel controls.

There are several steering wheel control interfaces that work for many cars and stereos. As I began researching the right one to work with my 2011 VW Jetta SE 2.5. I ended up on YouTube, watching videos on the various products, when I happened on someone who used one to connect to a Google Nexus 7 tablet that they put in their car as a replacement for their car stereo. I loved the idea, so I decided to do the same thing to my car.