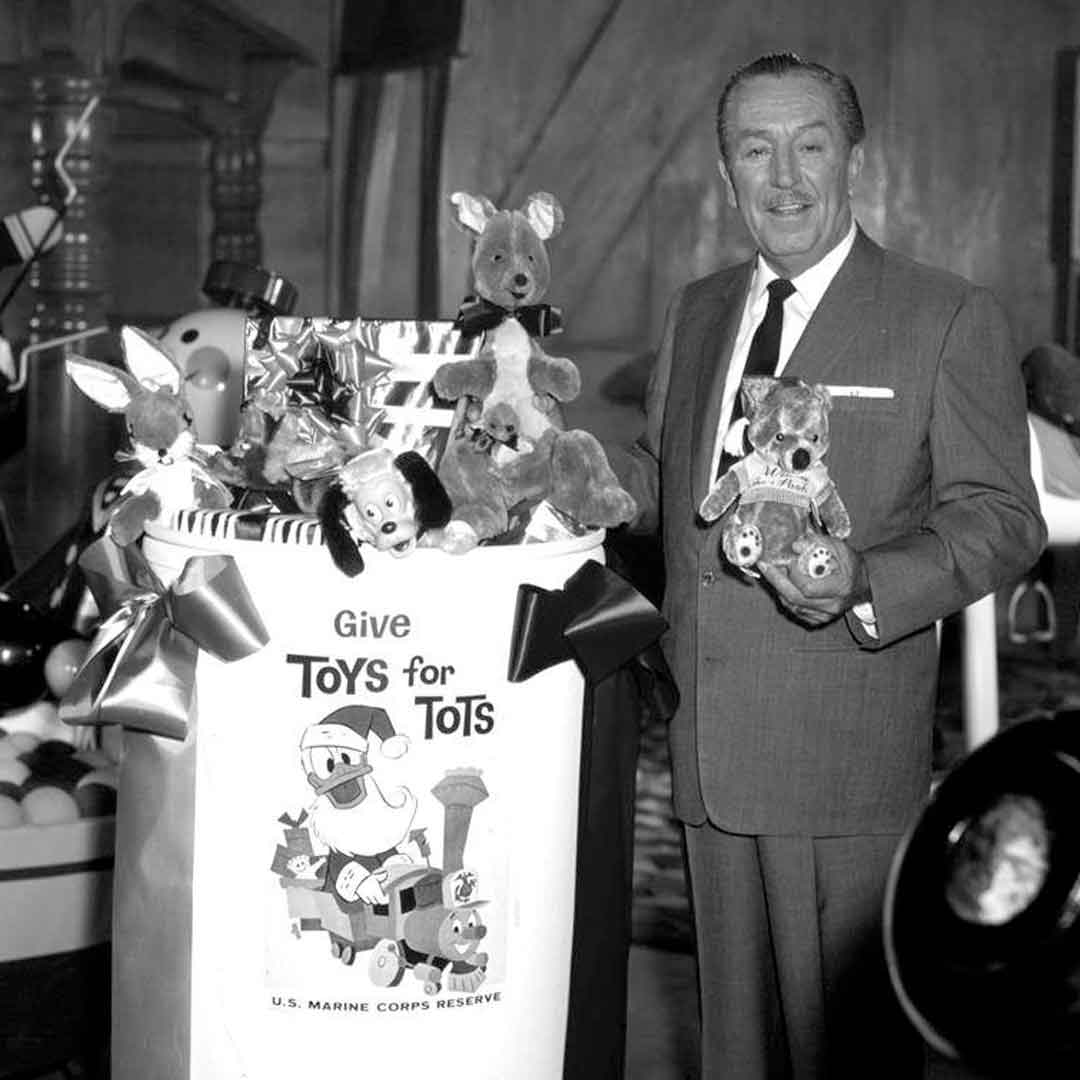 As with many successful business people, Walt gave lots of money to many different charities, clubs, groups, and things that he felt strongly about.

Walt created “CalArts” as a way to train the animators he needed, but also as a place to teach art and other less traditional learning.

He also gave money and gifts to his hometown of Marceline, MO. And when World War II broke out, Walt and the Disney Board of Directors voted to donate the Walt Disney Studio services (film and animations for training) to the Government for the war effort (although the Government couldn’t and didn’t allow that – they required some form of payment to the Studios.)

Walt also had the idea to create an attraction for the 1964 World’s Fair (“It’s a Small World”), with proceeds from the ride going to UNICEF to help save and improve children’s lives.

There are many, many more examples, small and large, of where Walt gave back to the community (and the World) in ways that would tag him as a philanthropist.

Original Quora question – Why was Walt Disney considered a philanthropist?